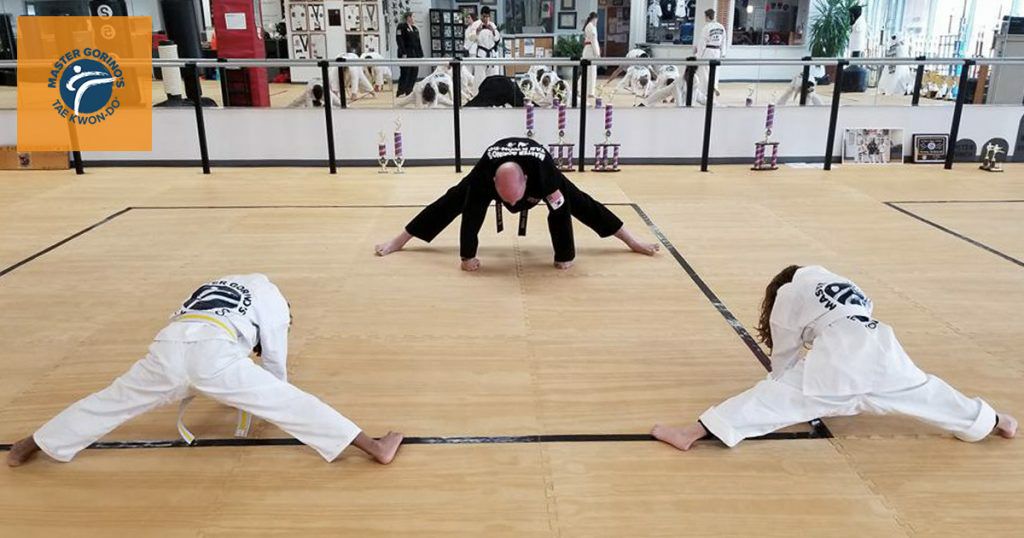 Watching a tiny Korean boy hold his own against a 6’4” FBI agent, with an all-star collegiate athletic background is all you need to know about one fact that I have learned in my 38 years: Tae Kwon-Do is a great equalizer.

Matt and Mike were the first two students I had that began their Tae Kwon-Do journey with me and made it all the way to black belt. But, there could not have been a more stark contrast between them.

Mike was gigantic. He stood at 6’4”, and had the type of build that you would expect from an all-star collegiate athlete and FBI agent, of which he was both.

Matt, on the other hand was a tiny Korean boy, who was only about seven years old when he arrived at my dojang. He was adopted by an American family who felt it was important to give him back some part of his heritage. Since Tae Kwon-Do is a Korean martial art, they stopped by my school and signed him up.

Matt was a great kid, and so were his parents. They worked hard to instill a solid work ethic in him early on. They would drop him off at the dojang and say “this is your school, so you need to help clean it.” And he did.

Since he was one of my first students, Matt got a lot of extra time from me.

I remember once when he was about 10, we were driving to a demonstration. At one point, I looked over at the passenger seat and Matt’s head was kind of rolling back and forth and he seemed really out of it.

Again, he was such a cool kid.

When Matt turned 12, he asked me if he could start fighting full contact. I tried to talk him out of it, but he insisted that he was ready. So, one day we were fighting and I kicked him so hard that he actually went through one of the walls.  It was like something you’d see on TV. You could actually see the outline of his body in the wall.

Just then, his mother came to pick him up and asked,

I have a lot of great memories of him like those. He was a green belt (I) when tested for my 4th degree black belt, and Matt got up and gave a speech, which was the cutest speech ever. I still have it on tape, and I still show it to my all of my students to inspire them.

Another of my early students was a woman named Heidi. As I have mentioned in previous posts, my first school was attached to a CVS Pharmacy. Heidi was a pharmacist who worked there and, one day during her lunch break, she came over to the school and signed up, having never studied Tae Kwon-Do before.

In those early years – the 60’s, 70’s, and 80’s – martial arts were unfortunately very male-dominated, and geared more toward males in general. When females began training, it was rough for them because none of us knew how to teach a female student, other than to teach them exactly as you would teach a man. That sounds almost condescending but, basically, if you have 100lbs on somebody, you have to take certain considerations into the way you teach them.

Fortunately, Heidi and I had a good relationship. We communicated very well to one another very early on. She was able to give me insight into what it’s like to be training as a woman. In essence, what it’s like to get hit by a man that outweighs you by 100+ pounds.

To be honest, because we didn’t really have any women in the beginning, my ladies room at the time was terrible. One day, Heidi approached me and said:

”You know… You might want to spruce up the ladies room a little bit if you want to draw more of us in here.”

Heidi was an exceptional student, she was detail-oriented and highly motivated. Additionally, Heidi’s perspective and openness really helped me to branch out. Because of her, I was able to create an environment that was more inviting to female students than other schools at that time. As a result, I have had some incredible women coming in ever since.

As Matt and Mike were my first two students who started with me and earned black belts, Heidi was my first female student who did the same thing.

As we get ready to celebrate our 25th anniversary, I think about Heidi, Mike, and Matt and I’m reminded of how many students have started their Tae Kwon-Do journey with us and achieved so much in their personal and professional lives.

I am also reminded that Tae Kwon-Do is, indeed, the great equalizer. Anybody can do it, anybody can get a black belt, and anybody can train together, no matter what.