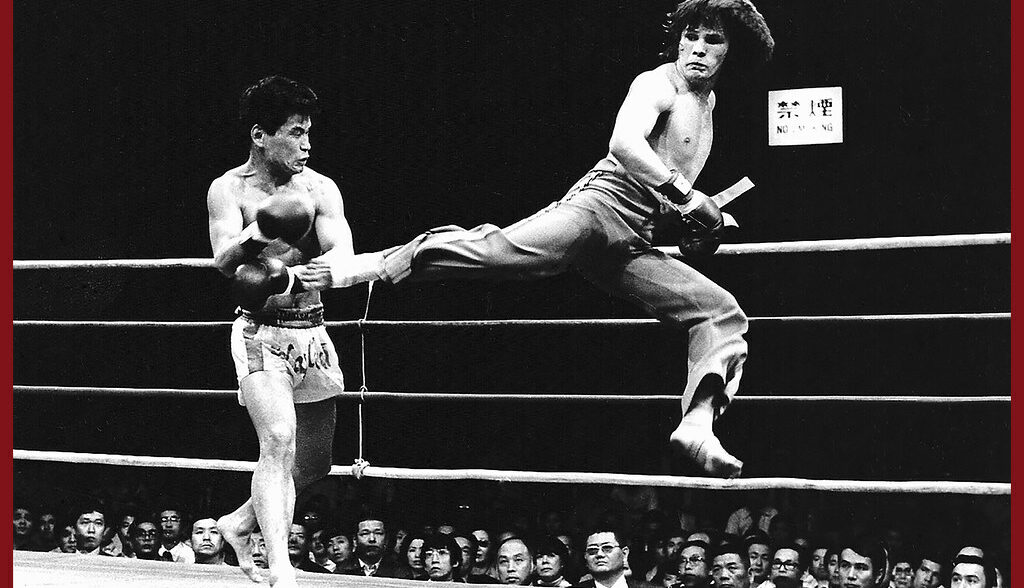 That’s why I was very surprised when he told me about this one fighter he had seen, whose abilities he admired. That fighter’s name?

He was a world champion fighter. He was also one of the sweetest, nicest, and most soft-spoken people I have ever met. But not in the ring. There Mike was an absolutely wicked fighter.

The move that caught Grand Master Park’s – and later my – attention was the jump spinning back kick. It is an absolutely beautiful move for a couple of reasons. It can be used as an attack or a counter-attack. It’s not as flashy as the jump side kick that you saw from Grand Master Park. But when performed perfectly, it is gorgeous and, most of all, devastating.

Mike was an artist with the jump spinning back kick. Over the years, I saw him compete in many tournaments. I watched him bury so many people with just this one move. In one tournament (that I actually was not there for), he jump spinning back-kicked a guy in the face and cracked the guy’s skull.

The jump spinning back kick was very effective for me because I could either attack with it, or when people would attack me, I could use it as a counter. When I was in the ring, I could side kick people into the ropes or along the edge of the ring. And when they would try to escape, I would hit them with a jump spinning back kick.

When we used to fight more full contact, I actually broke a few guys’ ribs with it. I got hit with one myself too, and it broke my sternum. It’s a pretty wicked kick. In fact, many of the police officers that I train have told me they use the jump spinning back kick to take down doors when they need to. They find it much more effective than the front-facing “spartan kick” they typically use.

Unbeknownst to me, the kick has become my signature move. From time to time, I catch up with old sparring partners or tournament opponents. I’ve noticed that, inevitably, they will recall some time when I got them with the jump spinning back kick.

That’s pretty good company to be in, if you ask me.