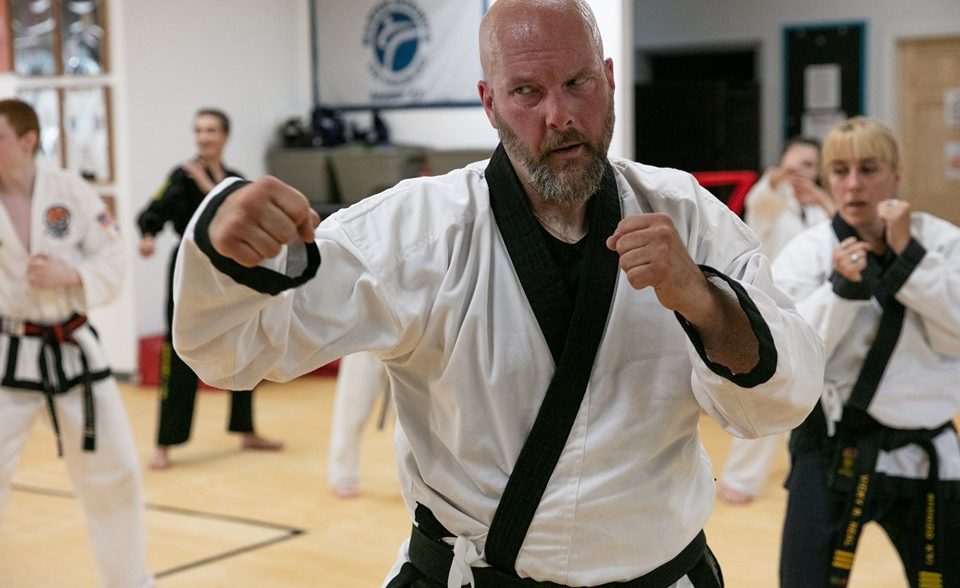 Sometimes, as a martial artist and a black belt, you see injustice in the world and you want to right it.

People intervene in fights because they want to do the right thing. They see somebody getting beat up and they want to stop them from getting beat up. As a matter of fact, part of our student oath is “I will be a champion of freedom and justice.” But that doesn’t necessarily mean we have to get involved.

Take my advice: unless somebody’s life is clearly in danger, or there is a child involved, stay out of it.

I was reading a recent article in Black Belt Magazine that referenced a fight that broke out at Disney. A very large man – a boyfriend or husband, I’m assuming – was slapping some girls around. When this fight got out of hand, another individual – someone completely uninvolved with these people – got involved and broke up the fight by putting the attacker in a chokehold.

What bothered me about the article, though, was that instead of advocating against intervening, it was essentially saying that if you’re going to intervene in a fight, here’s the proper way to put someone in a chokehold.

Bad move. In my opinion, Black Belt Magazine is opening themselves up to all kinds of risk by doing that.

The man who stepped in, a “hero” though he may be, will likely be sued or, worse, he could have killed the guy.

Fortunately, that wasn’t the case this time. The man in the chokehold was simply put to sleep. But that situation could have been a lot worse for everyone involved.

I used to be a bouncer in downtown Buffalo, and I got out of that because things were getting so rough that I was starting to have to hurt people in order to stop them. In today’s litigious society, when that happens, you are going to get sued.

I have a friend whose family has four very large boys; football player-sized guys. Three of them were driving home one day and they observed a guy severely beating up a woman against the hood of a car. So, the boys got out and pulled the man and woman apart. As they pinned the guy against the wall to try and calm him down, the girl who was being attacked turned around and stabbed one of the brothers in the back!

I sometimes do ride-alongs with police officers and have personally observed similar situations. Domestic abuse calls are some of the most dangerous calls.

That’s their job, not yours. If nobody’s life is in danger, the best way to intervene is by calling the police and standing back and observing.