Proverbs tells us: “as iron sharpens iron, so one man sharpens another.”

One way we improve is by competing against those who are better than us. Being a new school, I knew early on that my first students needed some experience to help them prepare to compete in a national tournaments. So, I decided to hold one of our own.

Twenty or so students from my school entered, and two other schools that we partnered with at that time promised to provide students from their schools as well. All in all, we had just shy of 60 competitors at that first tournament.

It was a great success. Every competitor got a trophy, with bigger trophies reserved for 1st, 2nd, and 3rd place. The tournament also helped us to begin networking with other dojangs in the area. But, most importantly, I learned that I could use the tournament for more than just competition. I realized that the Open could be a learning experience for everyone, almost like a seminar of sorts.

After the success of the first Open, I decided that tournaments would become part of my curriculum. Currently, we hold five per year. Four are held in-house for students to compete amongst themselves. The North American Open, though, is our major tournament where we invite the top competitors from all over the world.

And those competitors show up more and more with each year. In the 25 years of the North American Open, we have grown from that initial almost 60 competitors, to well over 350. And as the tournament grew, so did the awards, which also helped to attract bigger and better competition. We have brought back many tournament traditions from the many that I competed in. This helps to attract people who I competed against, who in turn bring their students.

We never invite people that we know we can beat. We only invite competitors we know we will have a hard time winning against.

It’s the only way we get better. 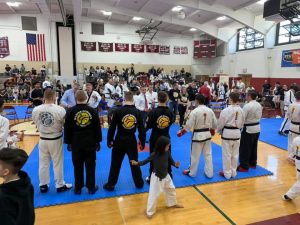 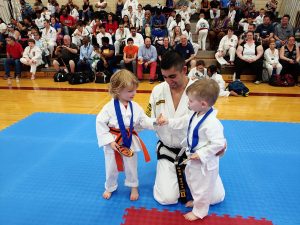 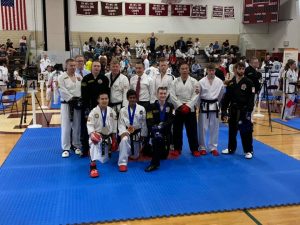