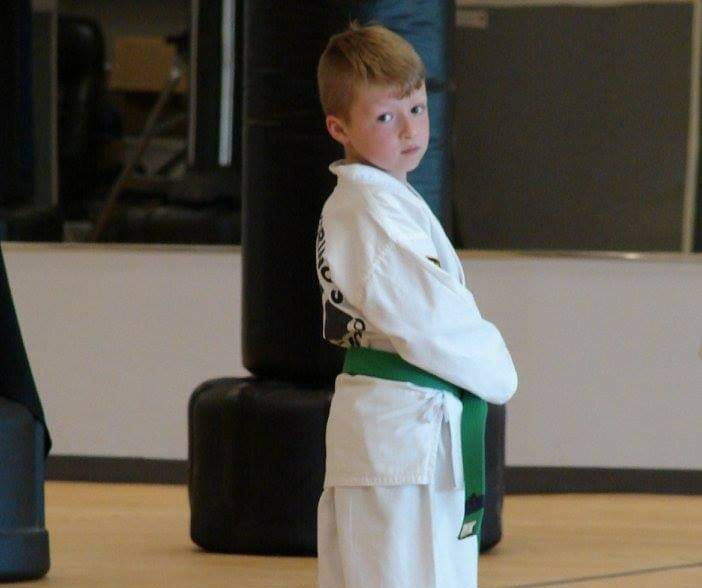 It Changed His Life

It was August of 2014. A few weeks before his sixth birthday, Colton started Tae Kwon-Do at Master Gorino’s. We had no idea how important that moment would be.

Colton suffered from ADD. He had speech and reading issues as well as a learning disability. We were told that Tae Kwon-Do would help him, and Colton was very interested in giving it a try.

When he started, Colton was shy and had little to no confidence in himself. He also had no real friends at school. Master Gorino’s helped build his confidence. He is not shy anymore and has met some incredible people at the Dojang. True friends.

Because of Master Gorino’s Tae Kwon-Do, my son was able to end his occupational therapy sessions halfway through 3rd grade. Two years earlier than expected.

Colton has gained the skills to help teach other students and lead full-sized classes. I have received compliments from many adults telling me how respectful he is. His middle school gym teacher, for example, told me how she always looked forward to seeing him at the start of her day. Every day, Colton always looked her in the eyes and said, “good morning!”

Colton also helped his middle school principal create videos for students returning to school after Covid. These are things that I know would not have happened if it wasn’t for Master Gorino’s Tae Kwon-Do.

My son is now strong and confident. My son has gained teaching and leadership skills. My son has made amazing, lifelong friends.

Because of Tae Kwon-Do, my son has BECOME!

He Kept His Head Down

When I met Colton Strong, he was about to turn 6 years old. He was a nice boy, but was very shy and kept his head down. I was informed he had some learning and social issues. His parents said they were told that starting him in Tae Kwon-Do would be helpful, and my school was recommended.

Quickly, Colton took to my program. I could tell he was practicing and coming back to classes prepared. More so than the average student.

He progressed at an above average rate, so I invited him to be part of our Black Belt Club. I saw something in Colton, that he was destined to be a good Black Belt.

I asked Colton (and his parents) if he wanted to join our junior leader team. This is a mentoring program that develops a higher level of leadership in my students. They usually become some of my best assistants.

Afraid at first, he became adept at being a “good-finder” and later an assistant. At this point we were about 2 years into his training. I selected him to be in the Masters Club, a higher level of commitment.

Colton tested for and achieved the rank of Go-Ma, or Child Level Black Belt. Then So-Yun, a higher level of Black Belt for teens. He began assisting in classes, doing warm-ups, and helping students as I taught.

Once he achieved 2nd So-Yun, I began training him to teach private lessons and become more involved in teaching classes.

Colton is a true success story, for him and for me.

He is now also taller than me. 😊 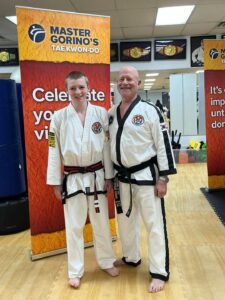