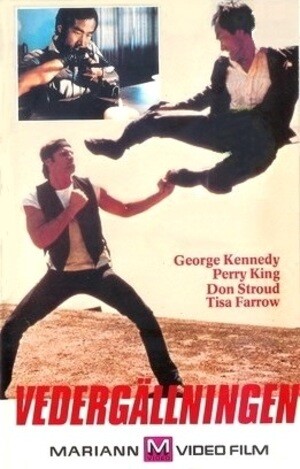 One of my dear friends, Grand Master Francois Balet, was lifting weights at a YMCA in Canada one day back in the mid 60s. That booming sound stopped his workout dead in its tracks.

He went to find out where the sound was coming from. What he discovered changed his life.

Balet happened upon a large Korean man hitting a heavy bag in a way he didn’t think possible. The man was kicking and punching with such force and frequency that the bag seemed to stay at a 45-degree angle.,

Prior to that day, Balet had expressed to me that he was looking for somebody to teach him martial arts. Already a judo guy and a good hockey player, he decided to begin learning Karate. But to him, it was too rigid. It lacked flow. Balet loved boxing, and he said he always wanted to learn how to move like a boxer.

Balet told me that the man he found at the YMCA that day somehow looked like a boxer and a kicker, but moreover, he flowed like no one he had ever seen before. Balet said he knew immediately that whatever the man was doing, he wanted to learn to do as well.

The man, of course, was Grand Master Jong Soo Park. This was only his second day in Canada.

After his worldwide tours with General Choi throughout Germany, the Netherlands, and other places, Grand Master Park finally settled in Canada. In those days, he still wasn’t speaking English very well. But he said that he chose Canada because it was a diverse, international country, and very welcoming to immigrants. Canada was a great place to be able to have people from communist and non-communist countries come and train, yet it was still a modern, metropolitan country.

He got his start teaching out of the space at that YMCA that my friend found him in. They immediately became friends and trained hard together for a long time.

Before long, Grand Master Park was drawing in people from all over the world with his demonstrations. He quickly became known as the martial arts guy of Canada.

Naturally, this didn’t sit well with some of the already-established Karate schools. The ones who weren’t jealous, though, were very respectful of Grand Master Park. They didn’t know what Tae Kwon-Do was at the time. Nobody really wanted to even try to pronounce it, let alone practice it. But once they saw Grand Master Park, they immediately recognized and respected his abilities.

The cool thing about Grand Master Park was that he welcomed anyone to train with him. It didn’t matter if they were already training Karate, Kung-Fu, Isshin-Ryu, or anything else. And nearly everyone who took him up on it ended up sticking around.

He was simply amazing, and people desperately wanted to be just like him. Myself included!

The late 70’s was an amazing time for Tae Kwon-Do. Grand Master Park was managing anywhere between 12-16 schools in Canada at any one point back then. In 1979, he even did a movie in Niagara Falls with George Kennedy! It’s called Search & Destroy.

I had the pleasure of training with Grand Master Park at his original school, and the two that followed. Unfortunately, with his passing, those schools have since closed, but I am proud to be able to say that I own the Jong Park Tae Kwon-Do name, and was given his Allied International Tae Kwon-Do Council.

It’s a controversial opinion, but while General Choi founded Tae Kwon-Do, I believe that it was the prowess of Grand Master Park that made Tae Kwon-Do so widely popular.

That is why we work tirelessly to preserve and be worthy stewards of Grand Master Park’s legacy.